ORDINARY AND EXTRAORDINARY CLOSURES
The villa will be closed to the public on days
24th, 25th, 31st December, 1st January, 15th August

Villa delle Ginestre rises on the slopes of the Vesuvius, surrounded by a bucolic environment, closely linked to its history. The building was born in 1631, after the eruption of the Volcano, which has been known in history as the most destructive lava event, after the one happened in 79 AD. Thanks to the fertility of the volcanic soil, the local people began to build there rustic villas for the cultivation of vines and fruit trees. The first owner of the villa was the priest Giuseppe Simioli. He was a leading figure in the Neapolitan religious circle, rector of the archiepiscopal seminary of Naples. Simioli conceived the Torrese estate not only as a farmhouse, where he produced an excellent Lacryma Christi, but also as a retreat from the chaos of the neo-Bourbon capital. The place was equipped with a small chapel. Friends and acquaintances stayed there to admire the suggestive landscape and to enjoy the surrounding peace. Luigi Vanvitelli, guest of Simioli, intervened on the construction of the staircase that leads to the upper floor. Bernardo Tanucci and many other nobles and politicians close to Simioli, made Villa delle Ginestre a sort of house of delights like the monumental buildings that began to rise along the Strada Regia of Calabrie. The villa, thanks to the marriage between Diego Ferrigni and the priest’s nephew, Margherita Simioli, was inherited by the eldest son Giuseppe Ferrigni, a magistrate who made the villa a literary hall to host poets and writers. Giacomo Leopardi stay in the Villa accompanied by Giuseppe Ferrigni’s brother-in-law, Antonio Ranieri. Giuseppe Ferrigni married Enrichetta Ranieri, sister of Antonio Ranieri, a friend of Giacomo Leopardi since 1830, the same year that they met for the first time in Florence. Ranieri brought Leopardi to Naples and for several years they lived in the historic center. In the spring of 1836 the two were guests of Ferrigni in the villa, with the aim of treating the mood and health of the poet from Recanati, tired by the Neapolitan chaos and with a weak physical condition. Leopardi really enjoyed his permanence there. He was able to enjoy the spectacular panorama and the liveliness of the literary meetings that the landlord was used to organize. The amenity of the place and the peace that one could have breathed in the cool evenings, the proximity of the Vesuvius and the countryside life, inspired Leopardi in the composition of his songs La Ginestra and the Sunset of the Moon. He loved to spend his walks there.

Back in Naples, Ranieri and Leopardi found themselves living again the terror of cholera, which had been cyclically reappearing in the city with the warmer weather. Afraid of be infected and being stuck for quarantine, Ranieri took the decision of bringing Leopardi back to the Villa. Unfortunately, between Giacomo’s hesitations and his precarious health conditions, the poet died on June 14th , while a carriage was ready under the palace in Naples to take him to the Villa of Torre del Greco. After his death, Villa delle Ginestre continued to be linked to the figure of Leopardi. The memory and love for the poet were supported by Carafa d’Andria, then owner of the Villa. She created the first “museumization” of the room that had hosted Leopardi, keeping it as it was and she used to exhibit it to her visitors almost like a sacred place. At the end of the 19th century, a grandson of Ferrigni married Adelaide Leopardi, the poet’s great-granddaughter, who also lived for a short time in the Torrese residence. Enrichetta Capecelatro, Giuseppe Ferrigni’s nephew, poetess and writer, wrote the “History of a country house”. In her book she crystalizes the memory of the historic villa at the bottom of the Vesuvius. In 1907 the property passed to Enrichetta’s son, Antonio Carafa d’Andria, who restructured the site by building the neoclassical colonnade that is today the most characteristic design element of Villa delle Ginestre. The cultural meaning of Leopardi’s passage to Torre del Greco, such as to impose the name of Villa delle Ginestre to the house, led it to be recognized as a National Monument by the royal decree in 1937. Thus, Villa Ferrigni – Carafa d’Andria became Villa delle Ginestre, Leopardi’s home and place of pilgrimage for all the lovers of his works. Today the villa is owned by the University of Naples Federico II, while the management, use and enhancement are entrusted to the Ente Ville Vesuviane Foundation, which is increasingly affirming it as the House of Poetry, through a series of prestigious initiatives, in the Italian and international cultural panorama. The itinerary of the museum follows the narration of Leopardi’s permanence in Torre and Naples. In the central part of the visit is shown the room where he used to stay and the historical furniture is still perfectly preserved. 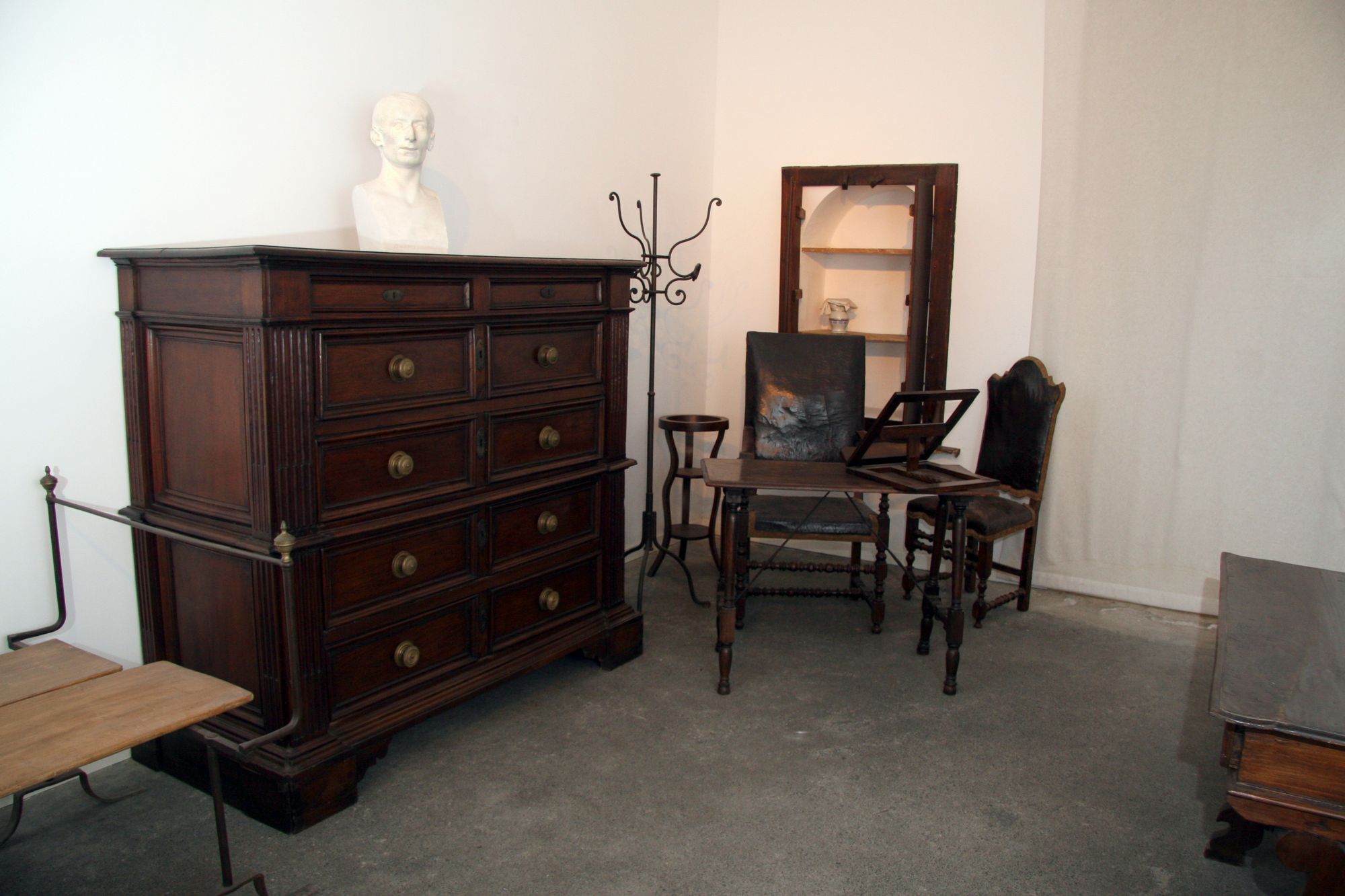 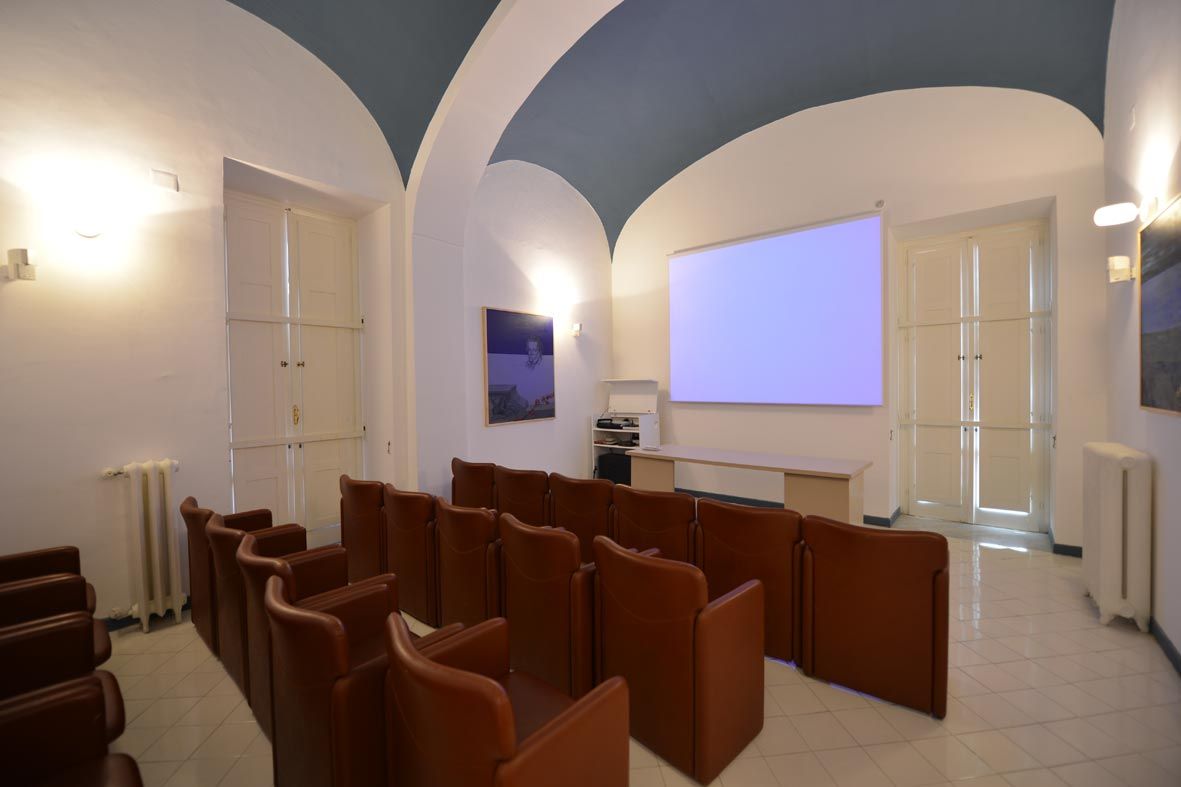 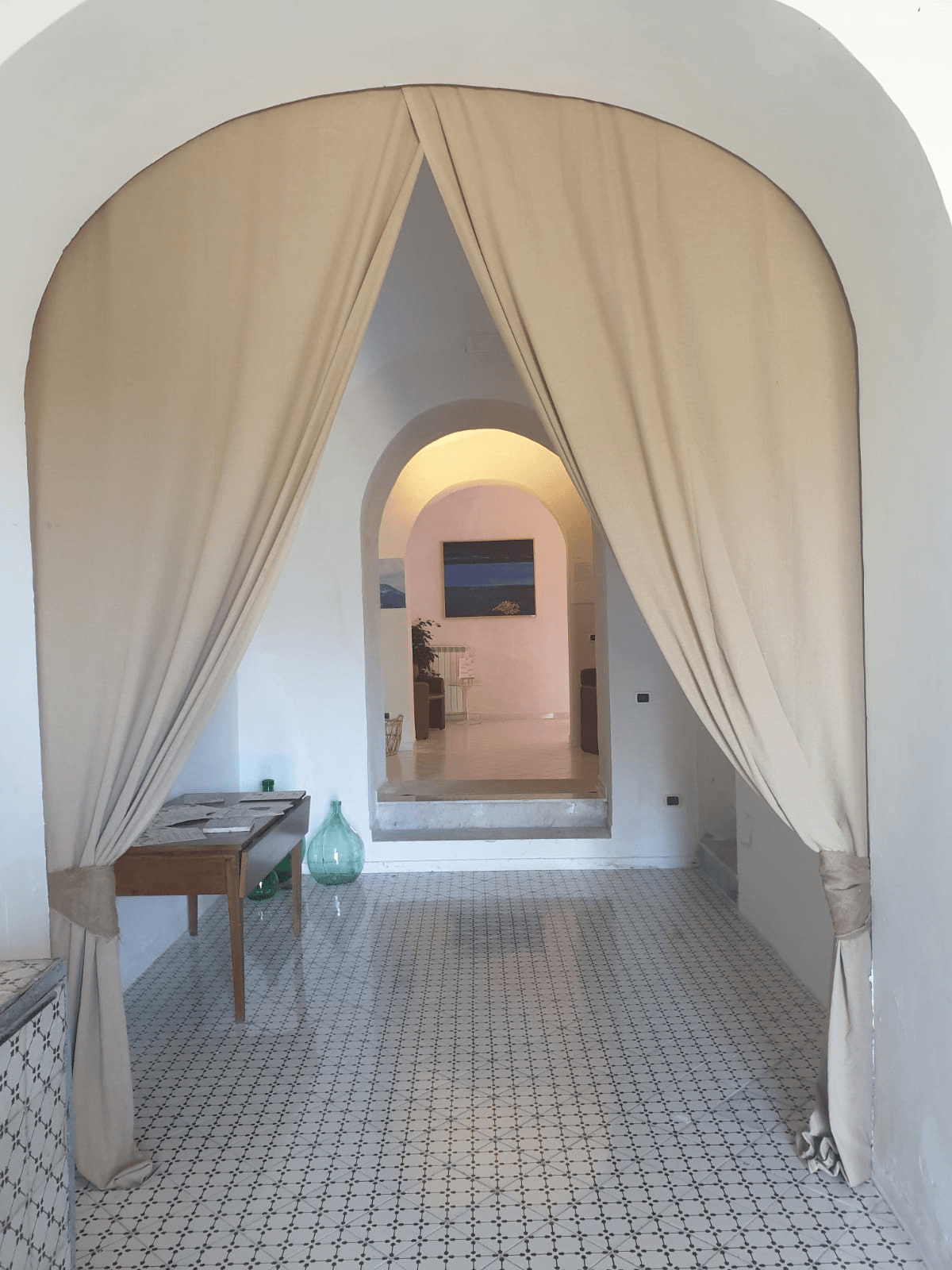 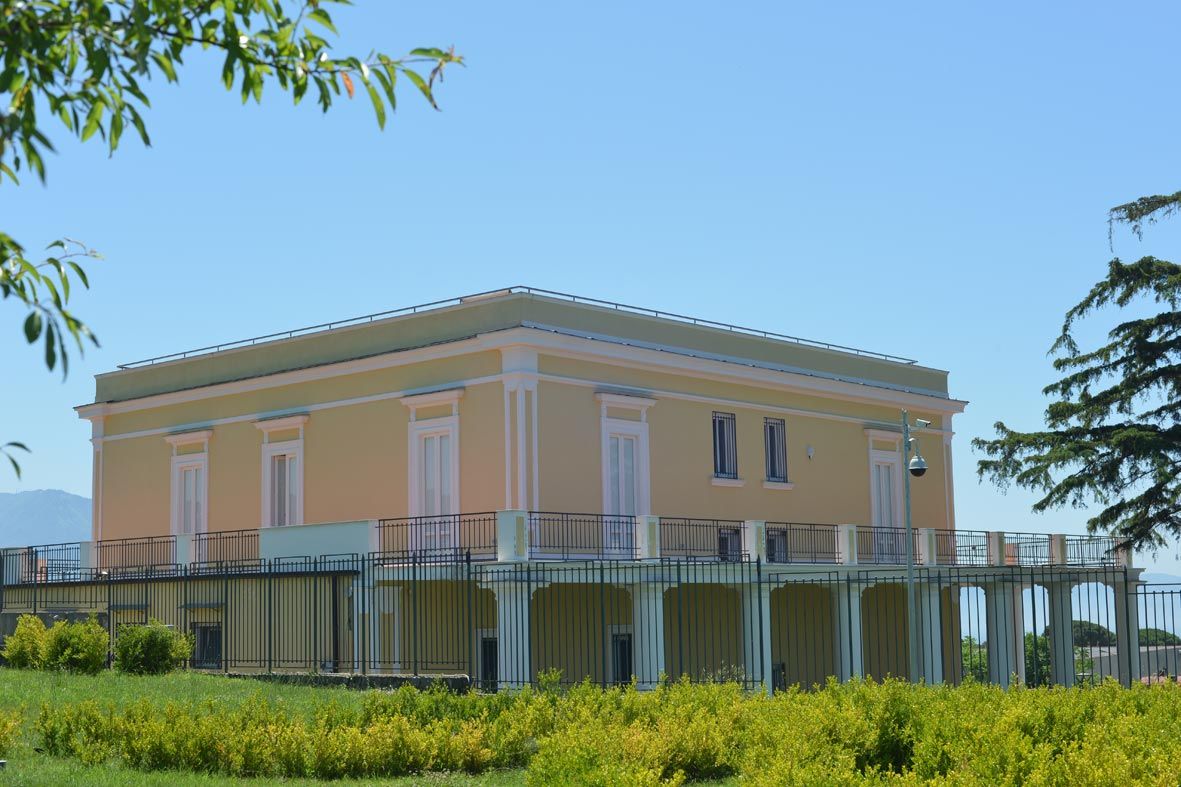 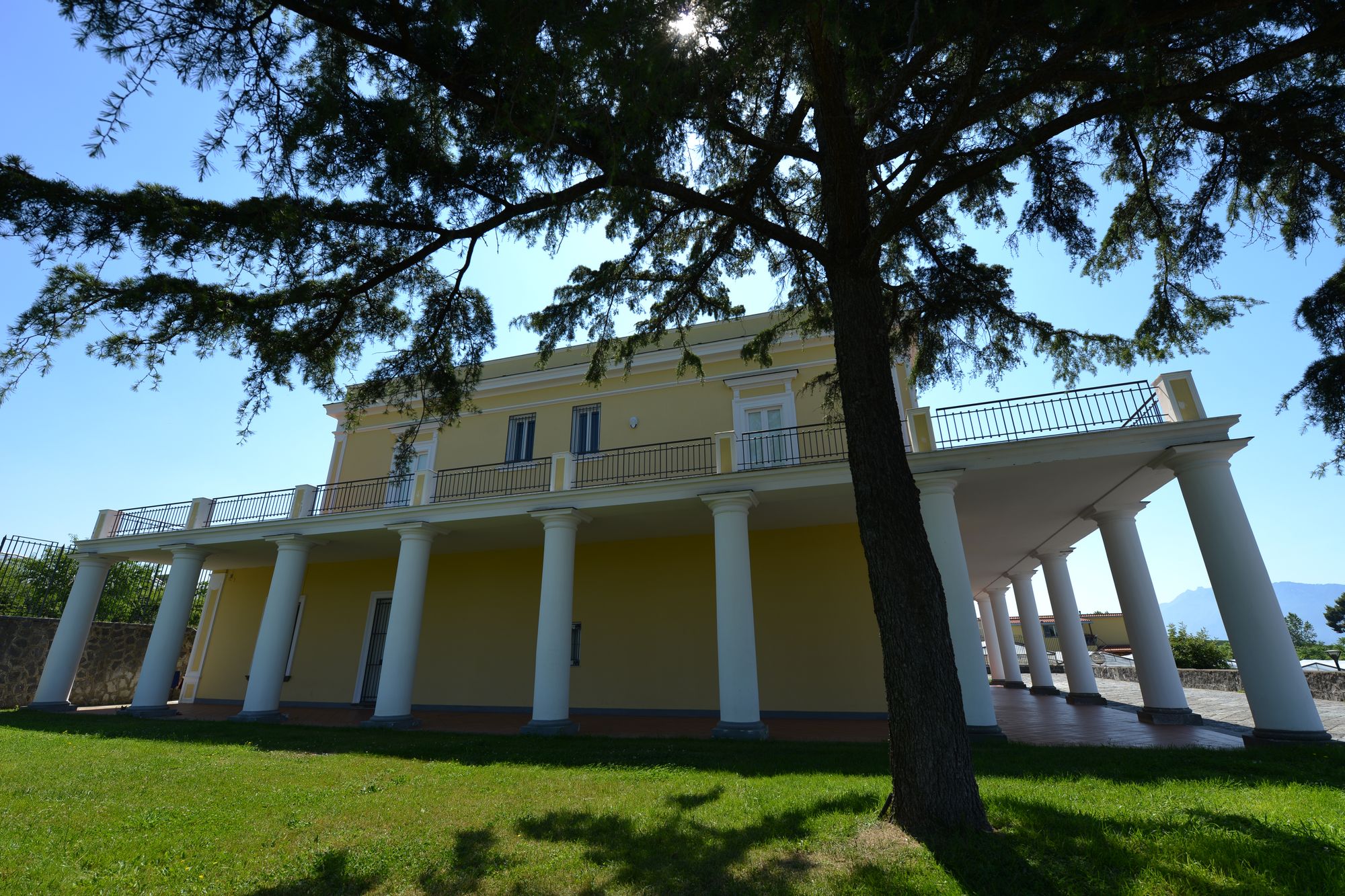 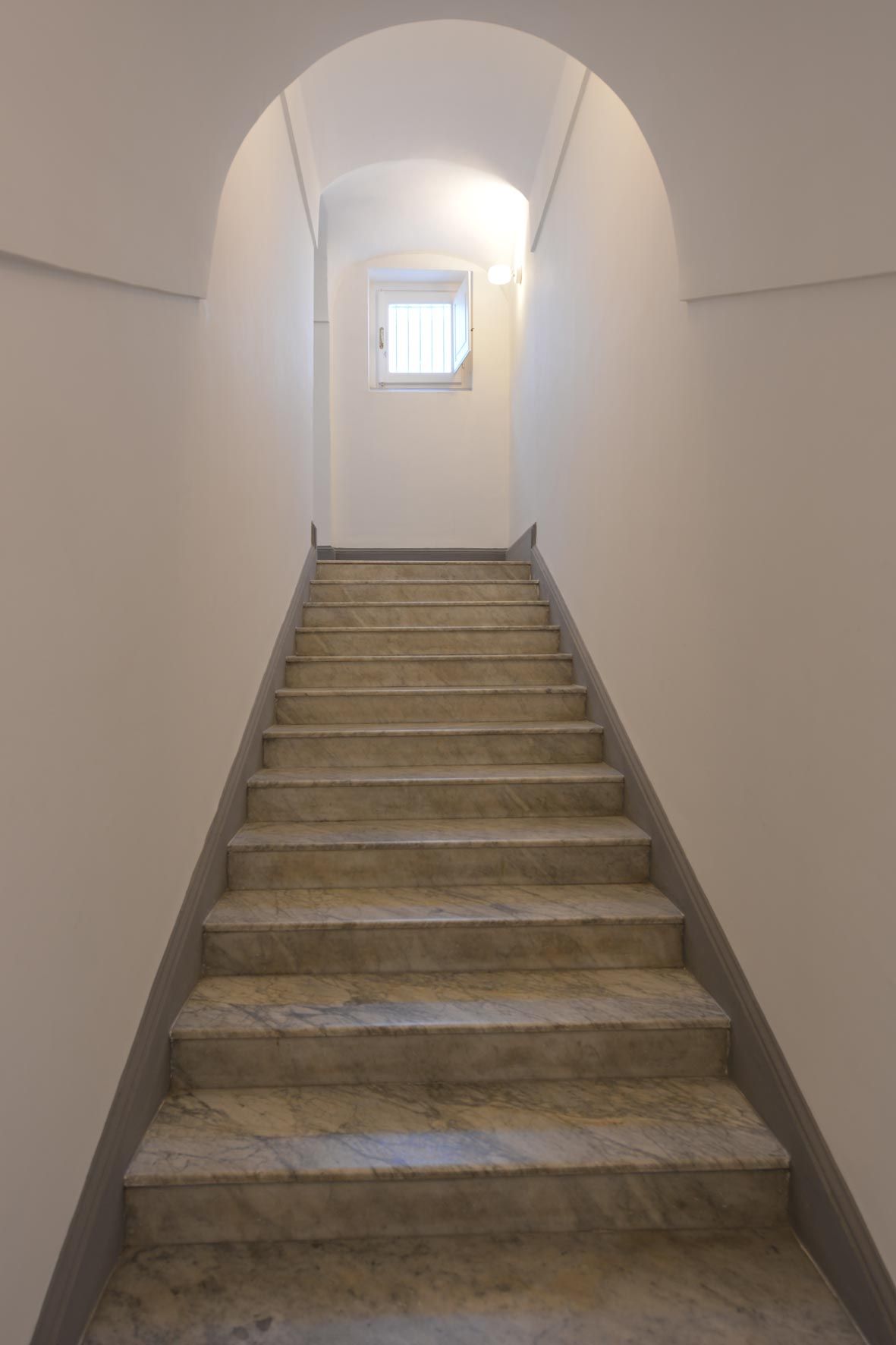 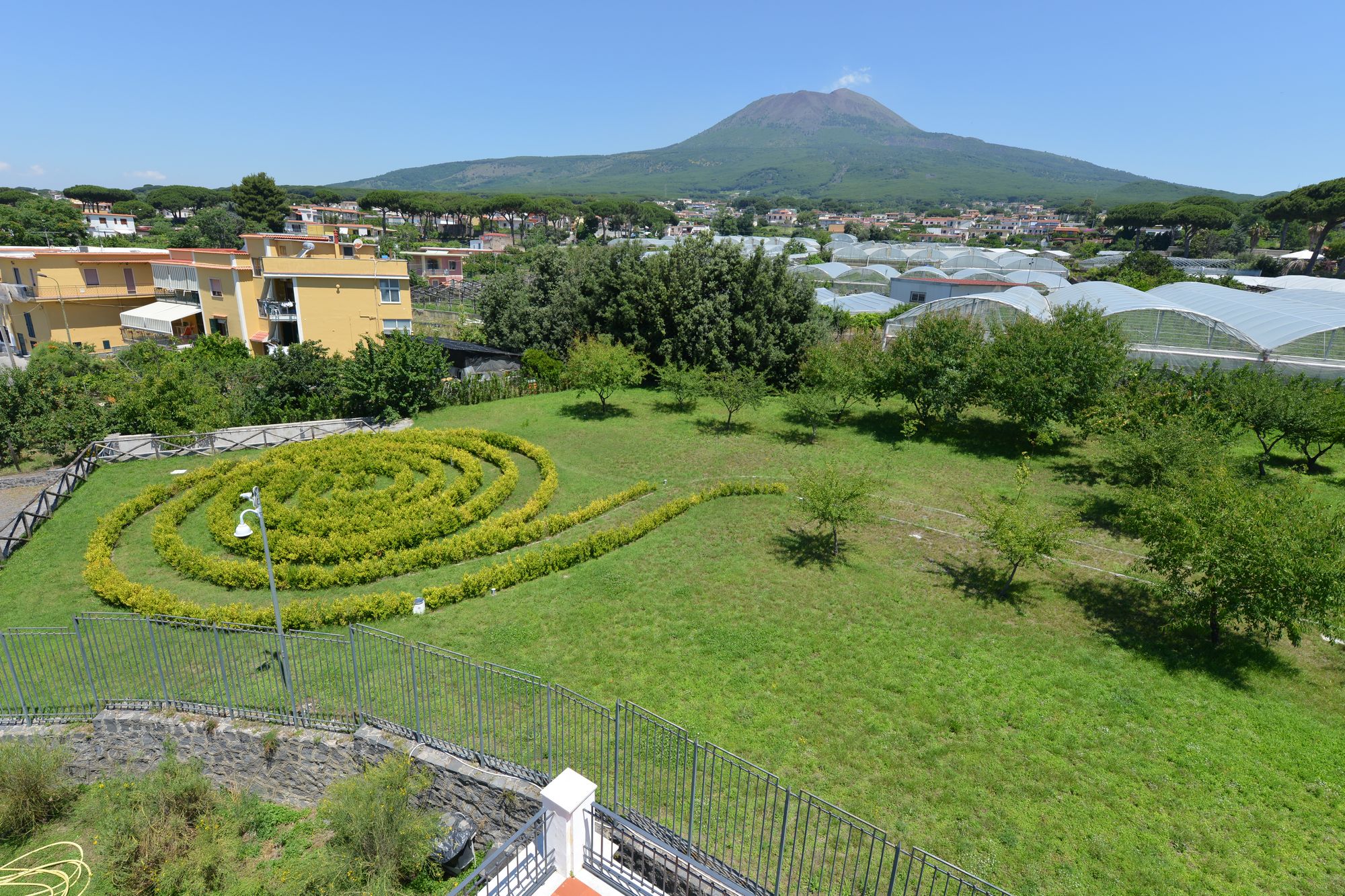 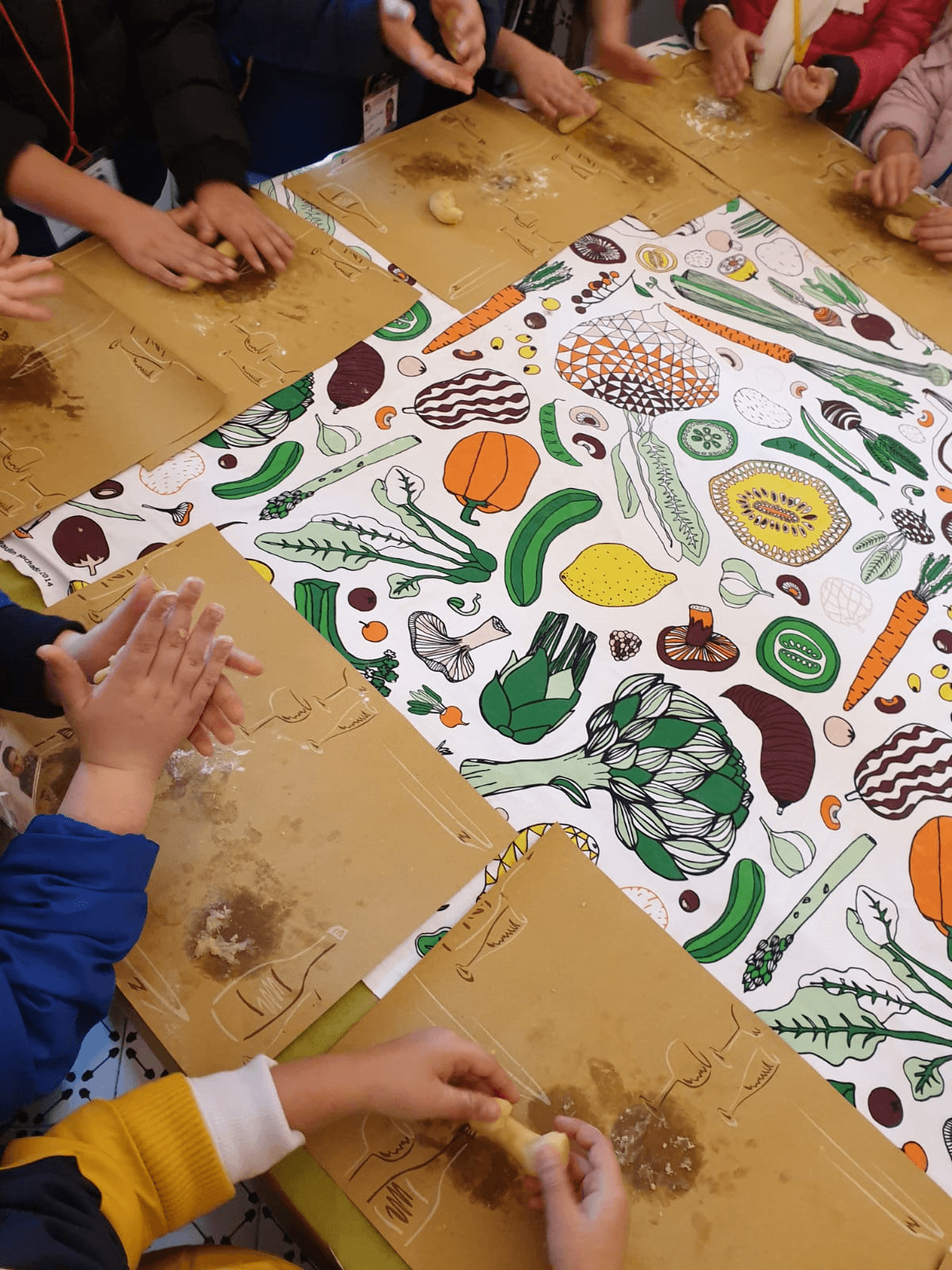 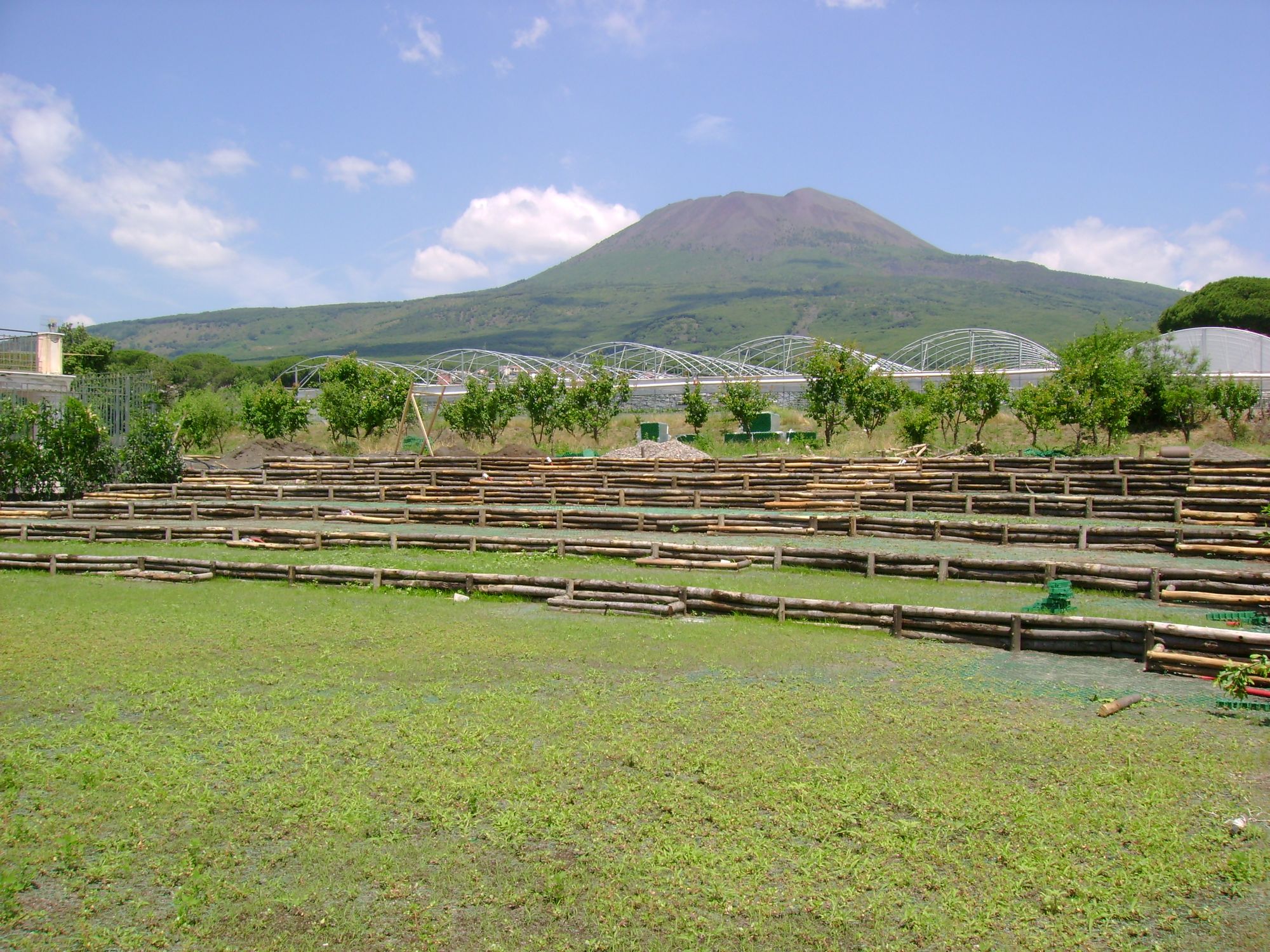 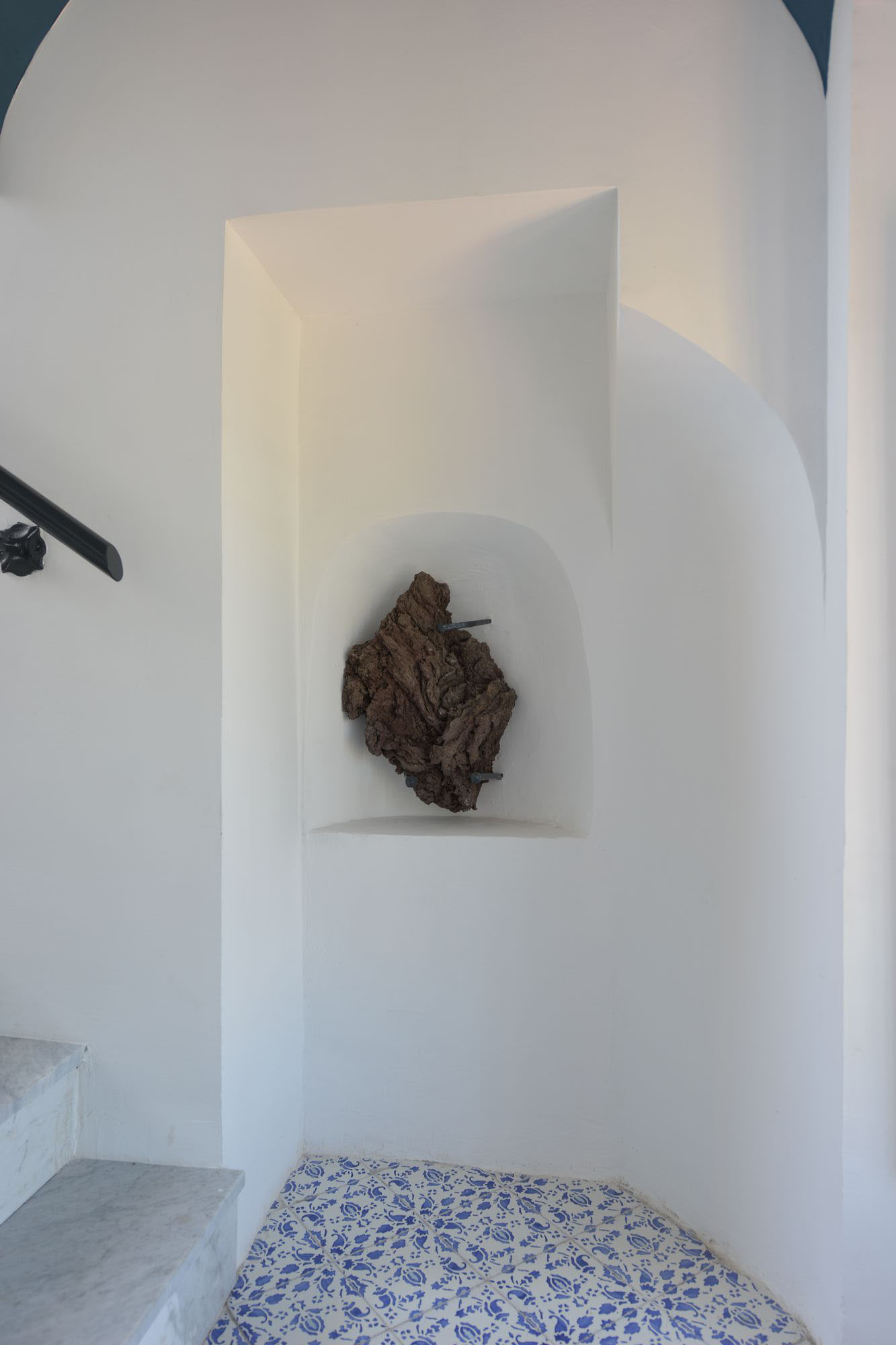 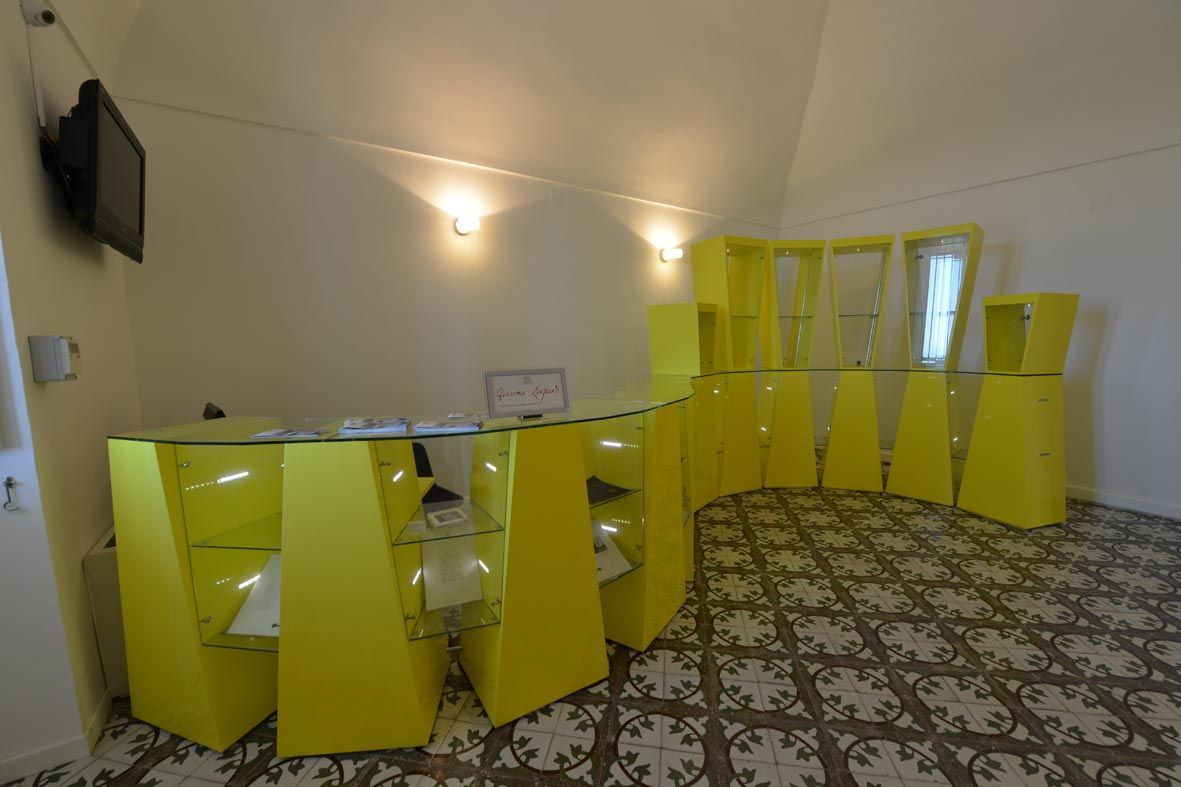 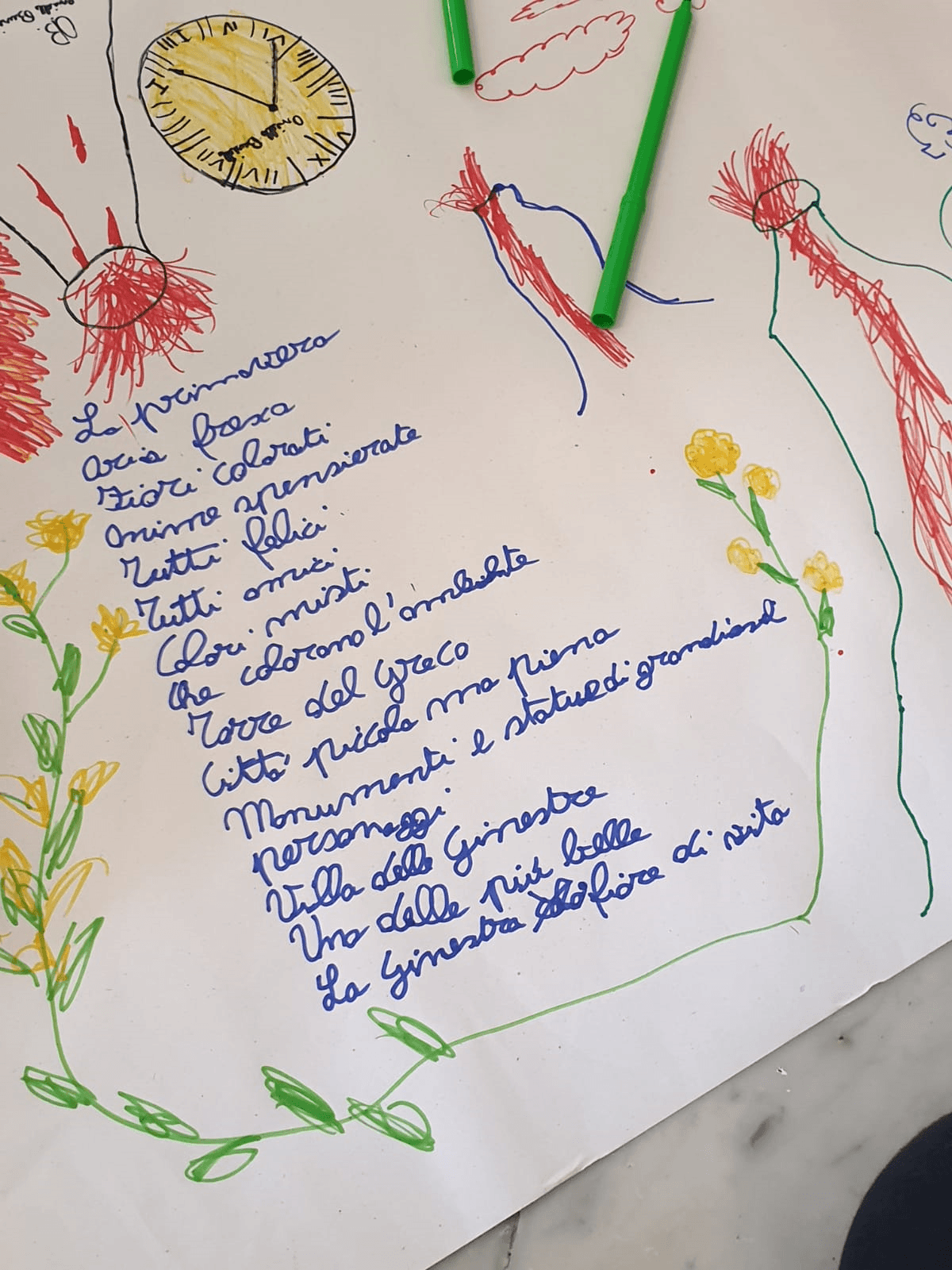 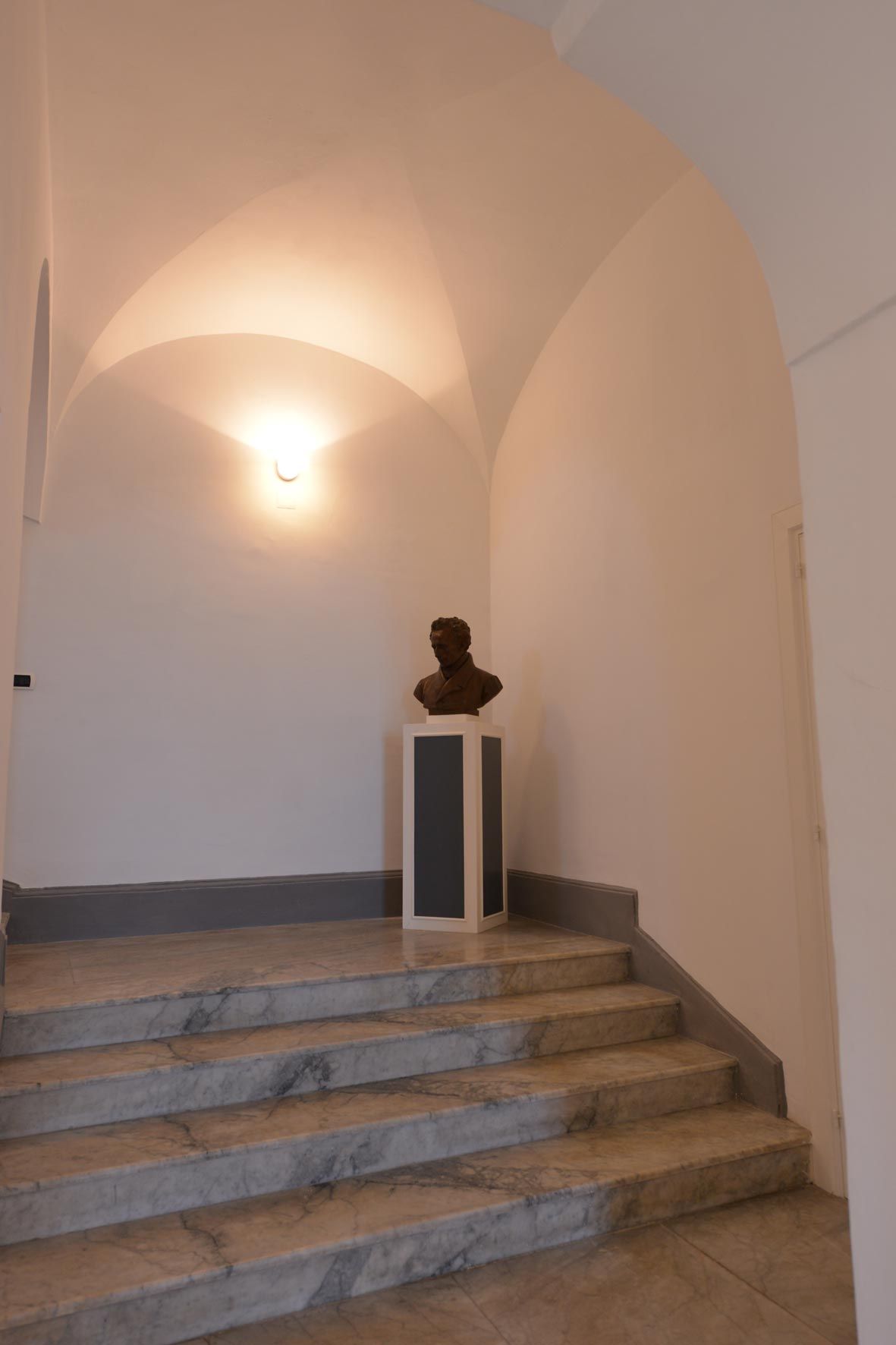