We are in the upper vestibule, the only room that still retains the original terracotta floor tiles.

We enter a harmonious space in which we have an immediate perception of the organization of the spaces and the designed functions. The twenty-one rooms on the main floor flow into each other, drawing a narrowing path that cannot be completed in a circle. The main rooms are introduced by four frescoed lunettes above the doors, with Latin inscriptions at the base that poetically mark the time of the house through the cycle of the seasons.

Starting from the right (with the back facing the entrance), we find the first inscription under a lunette depicting Pomona, (autumn / entrance on the east side). The writing reads:
HAS POMONA COLIT SEDES ET LIBER AN UQUAM/ POSSE PER AUTUMNEM LAETIOR ESSE PUTES

(Pomona honors these places if you believe that every place could be more fruitful and free in the fall);

(Where Cloride will walk with a scented cloak, spend pleasant moments in childlike joy);

(What place other than this part will better produce the ripe crops of Ceres);

Above the entrance hall that leads to the Incannucciata, the inscription, dedicated to the constellation of the aquarium and to winter, reads:
FRIGIDUS HIBERNA LICET INSTET AQUARIUS URNA/ QUID BOREA HEIC METUAS QUID MALA DAMNA NIVIS

(Although Aquarius has already crossed the winter camps with his urn, there is fear for the Bora and damages from the snow).

Light reaches the vestibule through a splendid dome with oval windows that also stands out from the outside, adding to the beauty of the villa.

Unfortunately, the frescoes in the dome, probably realized by Crescenzio La Gamba, have been completely lost, together with the statues in the corner niches that, in line with the same general concept behind the lunettes and the writings above the doors, probably depicted the four Seasons.

The villa in movies

In 1966, some of the scenes from the film “Operazione San Gennaro” by Dino Risi, with Nino Manfredi and Totò among the most prominent members of the cast, were shot between this room and the next one. The rooms are used to stage a “Neapolitan” wedding, with a rich banquet and many guests. The movie gives an account of the crumbling conditions in which the monumental complex was before the recovery carried out during the seventies by the then newborn “Ente per le Ville Vesuviane” (Vesuvian Villas Institution), established by the national law of 29 July 1971. 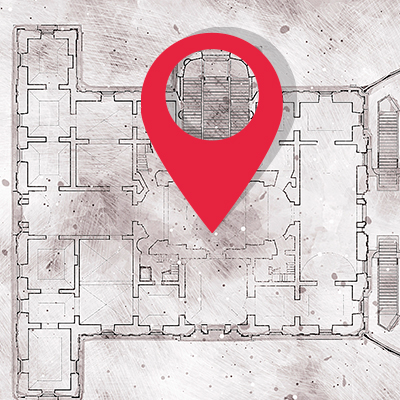 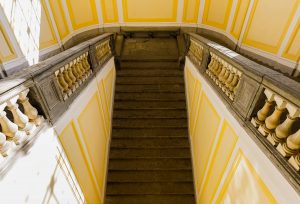 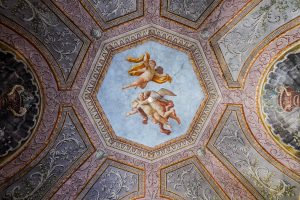 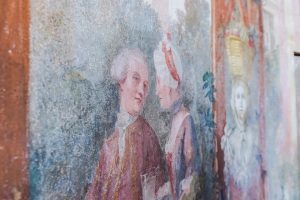 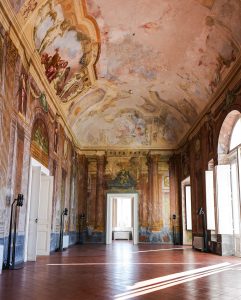